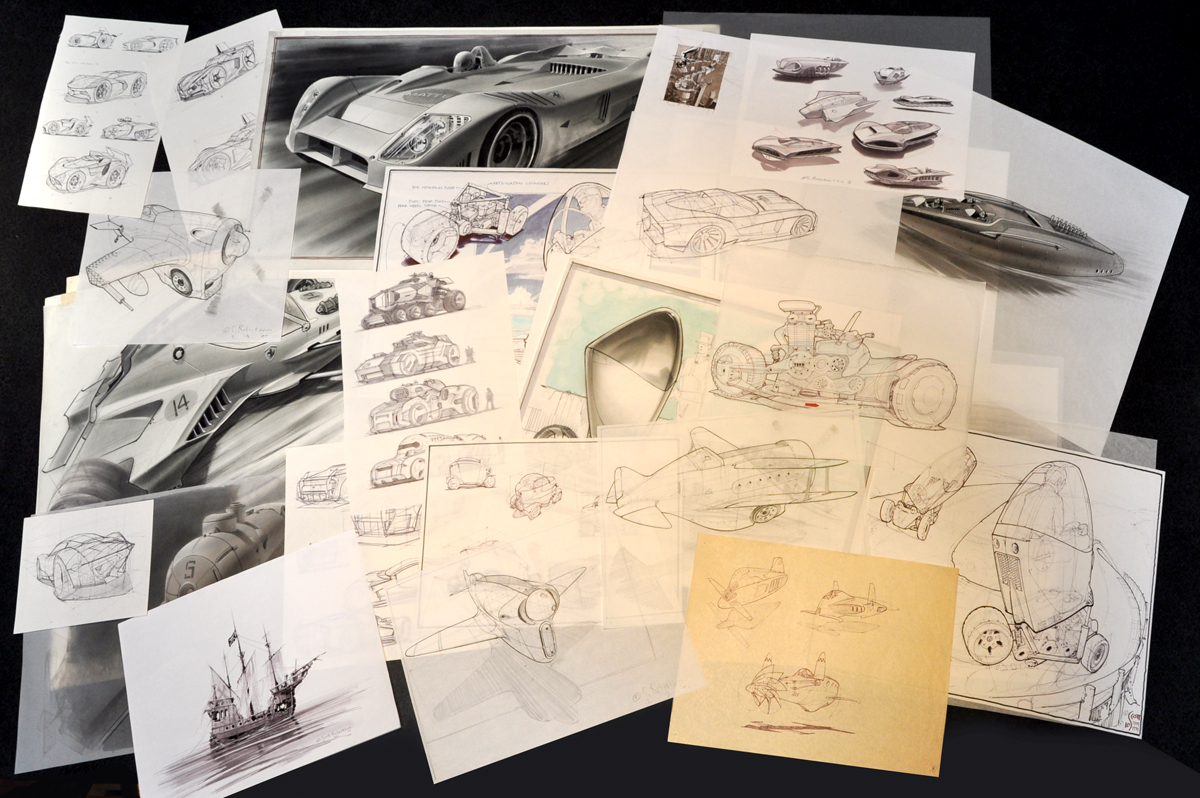 :: Bonus Offer ::
If you would like to get either your first, or an additional seat of modo,
Luxology has just extended us a special 25% modo discount!
(Almost $300 off modo's MSRP)
Attendees of SRW003 will be given a discount coupon at the workshop,
redeemable for 25% off an online order of modo from Luxology's website.

This class will be primarily taught by Rob Baldwin, a 20+ year 3D CG veteran. Having worked at studios such as Digital Domain, Rhythm and Hues, Nickelodeon and Zoic, he recently spent eight years at NASA/JPL using modo in their 3D visualization pipeline.

Working with Luxology’s founders in their early start-up phase, Rob was lucky enough to be the first modo user, and has been demoing, testing, and using modo in production ever since.

Rob will cover a broad base in the class, from briefly going over the basics of modo, to familiarizing users with advanced features that provide maximum impact.

Day One of the class will be spent working with the tools and tips to get you up to speed in modo. Consider this an “Introduction to modo” class, though we will touch on some advanced modeling and surfacing concepts.

Day Two will focus on workflows and production tips to help get the most out of your design time. We will also step through a 3D Concept Painting project, from napkin sketch to finished render: exploring vehicles, characters, and an environment.

Scott will also be on hand to teach during both days, going over his workflow for production, and we will explore some of his recent designs - achieved using modo.

Please join us at Scott Robertson’s studio for either one, or both days. These will be great days of learning and networking with other like-minded artists. Previous attendees to SRD Workshops have included artists, designers, and instructors from the Design, Entertainment, Education, Gaming, and Architecture worlds.

Big Perk! Design Studio Press is right next door, and Scott will be offering half-off book prices to those attending the workshop.

This Workshop is SOLD OUT!

You will be billed in full as soon as you register for the workshop.
Seating is limited to 30 attendees and online registration is on a first come, first served basis.
Please note: Discounted Student slots are limited to 15 attendees.
Refund Policy: Refunds will be honored until 10 days prior minus 5% handling charge.

Lunch is included.
Please specify “vegetarian”, "vegan" or “no preference” upon registration.